The International Human Rights Clinic, which is part of the Human Rights Program at Harvard Law School, is inviting applications for a Clinical Instructor. The Clinic offers second and third year students, as well as LLM students, the opportunity to work on a variety of timely and complex human rights issues in partnership with clients, civil society organizations, and affected communities around the world, including in the United States. Through supervised practice and intense mentorship, clinical students develop a range of skills necessary to become thoughtful, critical, creative, strategic, and effective human rights advocates.

The Clinical Instructor will be a legally-trained practitioner with at least five years of demonstrated experience in, and commitment to, human rights, including experience training, teaching, or mentoring law students. S/he will join a vibrant community of human rights practitioners and scholars at Harvard Law School. The Clinical Instructor will design, oversee, and execute clinical projects, and supervise and manage student teams. Clinical projects deploy a variety of strategies and methodologies and may include fact-finding investigations and advocacy efforts, human rights reporting, legislative drafting, litigation in national and international fora, media advocacy, policy initiatives, coalition building, and negotiating treaty provisions. Over the course of the term appointment, the Clinical Instructor may also have an opportunity to be appointed a Lecturer on Law and to develop and teach clinical seminars.

For the full job ad and to apply, please go through the Harvard Jobs Portal. 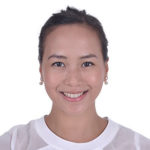 As preparations for a US-North Korea summit highlight the ongoing threat posed by nuclear weapons, proponents of nuclear disarmament should increase their support for the 2017 Treaty on the Prohibition of Nuclear Weapons (TPNW). Momentum has been building. In May alone, three more countries ratified the treaty, bringing the total to 10; another 48 have signed. In addition, several countries have initiated national processes that represent an important step toward coming on board.

In this context, the Clinic is releasing two papers demonstrating why it is legally possible for even allies of nuclear armed states to join the TPNW.

The first paper examines the implications of the TPNW for “nuclear umbrella” states, notably US allies, that wish to join the new treaty. It finds that once a country is party to the TPNW, it may no longer remain under the protection of a nuclear umbrella, i.e., rely on an ally’s nuclear weapons for defense.

In most cases, however, a country may sign and ratify the TPNW without violating its legal obligations under a security agreement with a nuclear armed state. The TPNW would also allow it to continue participate in joint military operations with nuclear armed states as long as it does not assist with prohibited acts, such as possessing, threatening to use, or using nuclear weapons.

A NATO member state that joined the TPNW would therefore have to renounce its nuclear umbrella status, but from a legal perspective, it could remain a part of the existing alliance. The same would be true for other US allies, including Australia, Japan, and South Korea.

A second Clinic paper focuses specifically on the situation of Sweden, which frequently partners with NATO but is not a member state. Sweden has appointed an inquiry chair to examine how joining the TPNW would affect Sweden’s defense policies and its obligations under other agreements. Sweden was one of 122 nations to adopt the TPNW in July 2017.

The Clinic concludes that if Sweden became a party to the treaty, the country could not assist its allies with prohibited activities involving nuclear weapons. It could, however, maintain its relationships with NATO and the European Union and continue to participate in joint military operations without violating the treaty.

Given Sweden’s historically strong support for nuclear non-proliferation and disarmament, Sweden should serve as a role model for other countries in a similar position. It should advance the TPNW’s goal of eliminating nuclear weapons and expedite its entry into force by joining as soon as possible. The treaty will enter into force, i.e., become binding law, once 50 states have become party.

The TPNW absolutely prohibits nuclear weapons. It also establishes positive obligations to assist victims and remediate the environment affected by the use and testing of nuclear weapons.

The Clinic participated actively in last year’s negotiations of the TPNW and has worked closely with the International Campaign to Abolish Nuclear Weapons (ICAN), which received the 2017 Nobel Peace Prize.