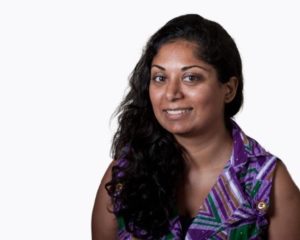 Debbie Frempong’s time at the International Human Rights Clinic was short – she was here for just 10 months – but during that time she made her mark on the Clinic through her kindness, empathy, and humor.

Debbie, the Clinic assistant, and I, the Program assistant, started our positions at the Law School just a week apart from each other. Throughout her time here, our desks faced one another, and I always knew I could peek over my computer and see her there. We shared laughter with each other just as often as we shared work. I’ll miss her, as we all will, but I’m excited to see what she does next.

Having joined us from the Harvard Divinity School where she received a Masters in Religion, Politics, and Ethics, Debbie is departing the Clinic to further her graduate work at Brown University. There, she’s pursuing a Ph.D. in anthropology, specifically researching identity formation among Ghanaian Christian women using postcolonial theory and a transnational racialized framework. There’s no doubt that Debbie’s work will be invaluable to the field, but more so, she’ll be an asset to any future students she encounters in what will be a remarkable academic career. As a critical and passionate thinker, she’s the kind of teacher we’d all be lucky to have.

At the Clinic, Debbie was the sounding board for so many student concerns. She always treated students and visitors with compassion and respect, even when she was knee-deep in organizing classes, events, and conferences. She cared deeply about social justice: an important factor in all of the Clinic’s hiring decisions. At work and outside of it, she was a natural community builder. Having grown up in Ghana and come to the U.S. for school, she volunteered her spare time with an organization that made sure other African expats and immigrants felt welcome in the Boston area.

A few months into her tenure, we discovered something else about Debbie: she’s a virtuoso singer. As her videos became increasingly popular, singing seemed to be but one way of building bridges in the easy way she does. Her powerful voice — in singing, writing, and speaking up for injustice — , her keen listening skills, and her attention to making sure others were heard are but some of the ways Debbie has contributed so much to the Clinic and to our lives. The good news is she’ll be only a short train ride away. That, or a YouTube click.