Human Rights Watch released a brief on Tuesday documenting illegal imprisonment and serious abuses by Yemen’s Houthi rebel forces against detainees in their custody.  The brief uses investigative and legal research conducted by students of the International Human Rights Clinic on Houthi practices of hostage-taking and torture, and documents dozens of cases in which Houthis held people unlawfully and profited from their detention since 2014.  It also calls on the United Nations Human Rights Council to renew the mandate of the Group of Eminent Experts on Yemen to investigate and identify those responsible for abuses.

“The Houthis have added profiteering to their long list of abuses and offenses against the people under their control in Yemen,” said Sarah Leah Whitson, the Middle East director at Human Rights Watch. “Rather than treat detainees humanely, some Houthi officials are exploiting their power to turn a profit through detention, torture, and murder.”

So far this semester, we hosted Professor Flávia Piovesan, a commissioner for the Inter-American Commission on Human Rights, who spoke about the impact of and challenges currently facing the Inter-American human rights system. Dr. Piovesan’s talk is one of the first in a series of HRP-hosted events this fall honoring and celebrating the 70th anniversary of the Universal Declaration of Human Rights. We also hosted a panel as part of Celebration65, the 65th anniversary of the first women graduates of Harvard Law School, where Clinic alumni and instructors spoke at length about gender justice in human rights clinical training. END_OF_DOCUMENT_TOKEN_TO_BE_REPLACED The International Human Rights Clinic and the Norwegian Refugee Council (NRC) Kenya released two briefing papers today highlighting the importance of freedom of movement and business documentation for refugees living in Kenya’s Kakuma refugee camp and the associated Kalobeyei settlement. Kakuma and Kalobeyei are home to close to 186,000 refugees, and Kakuma camp itself is one of the largest refugee camps in the world.

Under Kenyan law, all refugees are required to live in and remain within designated refugee camps – to leave a camp without permission is a criminal offence. “Supporting Kakuma’s Refugees: The Importance of Freedom of Movement” explores the ways in which movement restrictions affect the lives and livelihoods of Kakuma’s refugees and limit their opportunities to participate in the local economy and Kenyan society. It seeks to encourage local and national actors to consider alternatives to Kenya’s current encampment policy and rethink existing practices around the temporary movement regime in place in the camps, which refugees described as opaque, arbitrary, and unpredictable.

Formal work and employment opportunities are largely inaccessible to Kakuma’s refugees, and most rely on humanitarian assistance as their primary form of support. Nonetheless, Kakuma has a thriving informal economy and a sizeable number of refugees run informal businesses there, providing goods and services to other refugees, as well as the local community. “Supporting Kakuma’s Refugee Traders: The Importance of Business Documentation in an Informal Economy” focuses on refugees running businesses in the camp and their experiences obtaining mandatory local government-issued business permits. It aims to contribute to ongoing discussions on how to ensure that business permit practices help refugees to safely run businesses and support refugees to exercise their right to work.

Emily Nagisa Keehn, Associate Director of the Academic Program, has recently co-authored an article with Ariane Nevin from Sonke Gender Justice on human rights advocacy to reduce overcrowding in South African incarceration facilities and its relationship to HIV/AIDS, tuberculosis, and other health outcomes. Part of a research series under the Evidence for HIV Prevention in Southern Africa (EHPSA) initiative, the case study focuses on advocacy and impact litigation directed at Pollsmoor Remand Detention Facility, one of South Africa’s most notoriously crowded and inhumane detention facilities and where Nelson Mandela was previously incarcerated and developed tuberculosis. Keehn and Nevin place the attempt to reduce overcrowding within the broader landscape of criminal justice reform in South Africa.

Pollsmoor Remand houses people awaiting trial and sentencing; it has experienced acute overcrowding since the early 2000s, with its occupancy spiking over 300% capacity. As the coauthors state:

“In 2015, after years of lobbying to reduce overcrowding and in the face of inertia on the part of policymakers and legislators, civil society escalated its advocacy and mounted a constitutional challenge in the Western Cape High Court with the case, Sonke Gender Justice v. the Government of South Africa.

In 2016, the judge ruled against the government and made a historic order to reduce occupancy to 150% of its capacity over a six-month period. By February 2017, the Department of Correctional Services…had already taken steps to reduce overcrowding at the facility from 252% to 174%…This case study describes the complex change process that enabled this reform and the contributions of different forms of advocacy by key actors.”

This paper is part of the series Included! How change happened for key populations for HIV prevention, commissioned by EHPSA to Sonke Gender Justice. EHPSA is a multi-country research initiative that examines HIV prevention in incarcerated populations, adolescents, and men who have sex with men. The full series of nine case studies and a discussion paper is available on the EHPSA website.

Drop by our Facebook today at 2:30 pm EDT for a Facebook Live Q&A with HRP and IHRC Co-Director and Clinical Professor of Law Tyler Giannini and Lecturer on Law and Clinical Instructor Yee Htun. Clinical student Paras Shah, JD’19, will interview Giannini and Htun on the recent international conversation around Myanmar, focusing on the International Criminal Court ruling yesterday on its jurisdiction over the Rohingya deportations from Myanmar to Bangladesh.

You can find more details on yesterday’s announcement here, and view the full text of the ICC ruling here and here.

Learn more about the Clinic’s previous work on Myanmar here.

With the semester start, we’d like to extend the warmest welcome to our new staff! We have four new members of the International Human Rights Clinic. Read below to learn more about them and make sure you swing by to introduce yourself. Thomas Becker is a Clinical Instructor at the Human Rights Program. He is an attorney and activist who has spent most of the past decade working on human rights issues in Bolivia. As a student at Harvard Law School, he was the driving force behind launching Mamani v. Sanchez de Lozada, a lawsuit against Bolivia’s former president and defense minister for their role in the massacre of indigenous peasants. After graduating, he moved to Bolivia, where he has worked with the survivors for over a decade. This spring, Becker and his co-counsel obtained a $10 million jury verdict for family members of those killed in “Black October,” marking the first time a living ex-president has been held accountable in a U.S. court for human rights violations. The verdict was overturned by a federal judge and is currently being appealed in the Eleventh Circuit of Appeals. Becker’s human rights work has included investigating torture and disappearance of Adavasis in India, documenting war crimes in Lebanon, and serving as a nonviolent bodyguard for the Zapatista guerrillas in Chiapas, Mexico. When he is not practicing law, Becker is an award-winning musician and songwriter who has recorded with Grammy-winning producers and toured throughout the world as a drummer and guitarist. 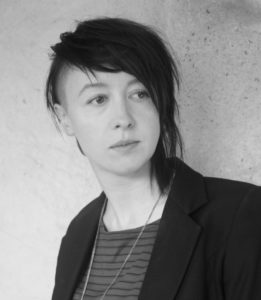 Amelia Evans is an international human rights lawyer and an expert on business and human rights. She co-founded MSI Integrity in 2012 and continues to spearhead its development. Amelia has investigated and reported on business and human rights-related issues in a number of countries, most particularly in the Central African and Asia-Pacific regions. Previously, she was the Global Human Rights Fellow at Harvard Law School and was a clinical supervisor at Harvard Law School’s International Human Rights Clinic. She also clerked at the New Zealand Court of Appeal, and worked at the Crown Law Office in New Zealand and the Victoria Government Solicitor’s Office in Australia. Amelia obtained her LL.M. from Harvard Law School, and LL.B. (Hons.) and B.C.A. (Economics and Finance) from Victoria University of Wellington, New Zealand. Amelia also works on nonfiction / documentary film projects. Kelsey is the Program Coordinator for the International Human Rights Clinic. Prior to joining HRP, she worked in the Dean’s Office at Harvard Law School. She holds a B.A. in International Studies and Spanish Language from Emmanuel College in Boston, MA. From 2014-2015 she lived in Athens, Greece while completing a Fulbright Teaching Assistantship Grant. She is currently finishing her master’s in International Relations through Harvard Extension School, and returns to Crete, Greece, each summer to assist with Emmanuel College’s Eastern Mediterranean Security Studies Program.